Meet Ric Brewer, the owner of a snail farm in Quilcene, Washington. He is proud to be one of the very few snail farmers in the USA, and he decided to grow them organically to produce the most delicious escargots. Ric is also working towards changes in rather restrictive US regulations on snail farming. Read his story on becoming an entrepreneur following his passion for snails.

Where did you get the idea to start snail farming?

I had harboured an idea that I want to raise snails ever since I was about 15. I had tried escargots at a French restaurant and not only did I enjoy how they tasted, I was intrigued by the idea of eating something that was otherwise ignored.

Much later, I became the coordinator of a project that managed captive breeding of a species of tree snail that was extinct in the wild, and did field research on snails in Palau. Along the way I studied heliciculture on my own and realized that the potential of developing this industry existed in the U.S. I formerly began Little Gray Farms Escargots in 2013 and have been growing since.

Where is your snail farm located and how big is the farm?

I have 5 acres on Washington state’s Olympic Peninsula. Curiously enough, it exists on roughly the same latitude as some of France’s most productive farms. We also get a lot of rainfall as we are in a temperate rainforest. Currently about ¼ acre is under development for the farm.

What are the most important things to consider when starting a snail farm?

In the U.S., it’s a bit different than Europe. First, we don’t have a tradition of eating escargots, so the market is not quite as big as Europe, though it is definitely growing. Second, most of the snails traditionally used as escargot are considered invasive pests here, brought over by migrants beginning in the mid 1800s. Our department of agriculture isn’t keen on the idea of farms because of this, and it is actually illegal in many states to run a farm. Plus it is essentially against the law to transport live snails across state lines, so that limits my business somewhat. I’m working to get our regulations changed: we have to have more sustainable sources of animal proteins than cattle, poultry and swine which use huge amounts of energy to produce. Escargot is much more sustainable.

How much time did your farm take to be built up and running?

I’m still working on growth. I’ve had two years of sales, but it’s been difficult to keep up with demand. I need more investment in infrastructure to get bigger at this point.

What are the biggest obstacles to successful snail farming?

There are many, but the regulatory issue is one. It limits to some degree how much my business can grow. The other is just the mechanics of raising the snails; I’m still learning every day the optimum methods to grow them.

In what forms do you sell snails and where did you find your first buyers?

If buyers are in my state, I’m able to sell live, though many prefer already processed snails. For this, I parboil, de-shell and then pack the meat into vacuum-sealed bags. To me, canning is too risky and part of my marketing is to sell them as fresh as possible. Although canning is a perfectly viable way of preserving them, it’s just not where I want to go. Because of regulations, I’m only able to sell the vacuum-sealed product out of state.

I’ve found there is no typical day! In early spring, I’ll be preparing garden beds, fixing containment walls and readying the planting area. Later, I’ll be sowing seeds and moving infant snails from the greenhouse to the outdoor beds. Still other times, I’ll be harvesting snails, purging them or processing them at a commercial kitchen. I’m still a one-man operation so I’m doing everything from digging ditches to designing logos.

What personal traits does a person need to start this venture and be successful?

I’m not sure in Europe, but here in the U.S. it takes a tremendous amount of perseverance. When you tell someone what you do, you may be ridiculed and there are always lots of jokes. But even so, everyone is interested. It’s still very novel here. And there is a lot of plain, hard physical work that goes into it as well.

Where did you learn both the business and technical side of snail farming?

Technique continues to evolve. I’ve contacted growers all over the world, but few have been willing or interested to help (thanks to those who have, though!) so I’ve done a lot of research online and at the library, piecing together bits from one source with those from another. I’m also beginning a trade association for potential U.S. growers and am developing a website that I hope will be a resource.

On the business end, I’m still discovering the intricacies of running a small business. I’ve participated in several entrepreneur workshops and programs. I still prefer being out with my snails than staring at a spreadsheet.

Do you recommend any good restaurant serving escargots?

I’ve been lucky to hook-up with some of the best restaurants in Seattle. Stumbling Goat Bistro, Le Petit Cochon, Damn the Weather, Cassis, Boat Street Café and Café Juanita are just a few. They “get it” when it comes to snails: they aren’t just a vehicle to be drenched in butter and garlic, but a remarkably versatile ingredient. The chefs are smart, talented people and are being adventurous in the dishes they create with them.

You can read more about Ric and his farm Little Gray Farms here.

If you would like to start a snail farming business please read more about it in the Guide to Snail Farming. 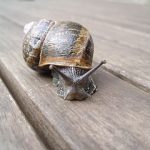 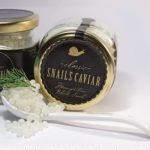 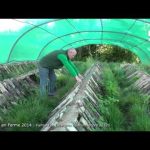 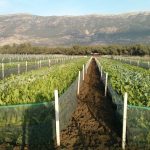