The way that snails mate is one of the most interesting in the animal kingdom. Most snail types (including land snails) are hermaphrodites. That long word basically means that their anatomy have both male and female reproductive organs. Each one of them has the ability to create eggs and sperm at the same time. A snail can play the role of the female in one mating session and the role of the mail in another.

Not only that, during the act of mating, snails can play both roles at the same time and fertilize each other simultaneously. That is not where the interesting part stop. During the snail mating, they also shoot each other with “love darts”. Those love darts are part of the courtship. But in some cases, it can even kill the mating partner.

Most snails have both male and female reproductive organs. Their mating process usually takes hours. When the mating process is done, they lay 80-100 eggs usually into a hole in a damp soil. Snails can give birth up to 5 times a year. So by doing the math here, an adult snail can be a proud parent of 400-500 snails after only one year.

Most snails can be both the mommy or/and the daddy. So how do they decide which is which? Let’s take a step back for a second and think about the reason they are hermaphrodites to begin with.

We sometimes take for granted things that seem trivial to us. For example, our ability to roam and find a mating partner. (That was a fancy way of saying finding someone to have kids with.) Other mammals can also get it done pretty easily. Whether it is on land, in the air or in water, a male can easily find a female, start the courtship which will hopefully, eventually lead to sex and babies.

Now let’s have a look at snails. Snails travel at different speeds depending on the snail type. However, fast is not one of those speed options and can vary between: slow (0.5 inch per second) to very slow (0.1 inch per second). Can you imagine how long it would have taken you to find a mating partner at that speed?

In order to improve the chances for the survival of the species, nature and evolution supplied them with the option to reproduce with whoever they find as long as they are from the same species.

There is, however, an exception to every rule. Some snail types are not hermaphrodites. Among those are freshwater and marine species. On some of those, you can identify the gender of the snail by his/her shell. Larger shells will usually mean the female snail (that has the female reproductive organs).

Related article: What do snails eat? Did you know some snails eat meat?

Chocolate And Roses: What Does Snails’ Courtship Looks Like

So let’s say a snail sees another snail it likes, what does it do?

Before the snail can even start to try to impress his/her partner, they will need to find them first. When you are moving so slow, can’t see or hear very well, you have to rely on your other senses. First, they try to smell if there is another snail nearby and in which general direction it is. This is done using the two sets of tentacles they possess. At the same time, they are tapping the lower set of tentacles to the ground and taste it. Their objective is to find that gooey residue of another snail. Then, it is just about following the trail until they find them.

When they finally do meet, they don’t get straight down to business. As you can expect from snails, they are taking it slow. They continue to taste and smell one another. Each one performing his due diligence which can go on for hours (remember, we are still in the courtship). Going – slowly – one on top of the other, and to the side, tasting and smelling. And then, just as you thought things can’t get any hotter. One snail shoots a love dart into the body of the other snail!

You might be thinking of cupid when you hear the two words, love darts. However, this is something that is very specific to snails and slugs. As the final act of courtship, snails shoot their partner with a small dart.

Love darts are made from calcium or chitin and they are technically called a gypsobelum. The love darts are very small. In garden snails for example they are about 5-7mm long. If we scale the size of the snail to the size of an average person, it would be around 40 cm (around 15 inches) long.

The darts are created and exist hidden inside an internal sac of the snail. They are fired just before the actual copulation. The “firing” snail is not targeting a specific part of the other snail body. There is also no part of the snail’s body that was designed to receive the dart. This shootout is not part of the sexual transaction between the two snails. The dart contains hormones that prevent the receiving snail’s body from killing the sperm injected to it later during the copulation.

The process of shooting the love darts is part of the normal mating process of snails. However, it can still cause damage to the receiving snail and in some cases even cause the snail to die.

Under the Sheets: Snails Mating Process

After the long process of courtship is completed and the love darts were shot, it is the time for the snails to start their actual copulation process.

The general idea of reproduction is similar to humans and other animals. There is a sperm that needs to find an egg. However, this is probably where the similarity ends. The sexual intercourse can be different depending on the species and even on the specific encounter. One option it can happen is that one snail is using its penis to inject sperm into its mating partner. Another option, which is very interesting, is that both snails are transferring the sperm, each one to his partner, at the same time. This will cause fertilization on both sides.

In some snail species, the entire process can take place without a partner. Which means the snail can fertilize itself without any outside or partner assistance.

The entire snail mating process can take several hours but most of this time is spent on the courtship. The copulation process is usually not that long and done in a few minutes.

How Do Slugs Reproduce?

Slugs are also hermaphrodites which mean they can mate with any other slug of the same species. They can also fertilize themselves just like some types of snails. However, in most cases, this is the only thing similar to the snails’ reproduction process.

The way that the leopard slug reproduces is very much different and one might say, much more bizarre. First, the two slugs are hanging upside-down from a rope-like that is made out of mucus. They then begin to tangle themselves and wrap around each other. It is then that their penis emerges from their, you guessed it, head! The leopard slugs penis has a blue color. It can be in the length of the entire slug. And it comes out of their head.

The way the actual mating works is that they wrap their long, blue penises around one another. By doing so, they actually fertilize each other’s eggs.

By the way, if you are impressed by the length of the leopard slug’s penis, you should know some African slug’s penis can be three times their length!

How Do Snails Give Birth

The snail’s reproductive organs are on the bottom of their body and close to the front to improve their abilities to mate. At the end of the mating ritual, both snails will fertilize the eggs in the other, so both of them will deliver eggs. A snail can carry up to 100 eggs at a time. This is one of the reasons that people who own snails as pets should pay attention to the eggs.

Once the fertilization is completed, eggs will grow inside the snail, until they are ready to be delivered. Snails giving birth is very simple. They lay their eggs in the soil and bury them in separate places inside a small hole 1 to 1½ inches deep in the soil in a cool place. This will protect the eggs and enable them to hatch.

When Do Snails Reproduce?

The snail’s mating season is usually in the late spring or early summer. In some warmer climates it can happen in autumn or even several times per year. Mating happens after the sunset, when the snails are at their peak activity. The slow mating process is completed, the sperm can remain in the snail for up to a year, but usually snails lay eggs within two weeks.

Snails are mature enough to start reproducing from one month and a half to 5 years, depending on species. More information about their stages in life is described in the snail’s life cycle article.

Snails can refuse to mate with another snail of the same species that originated from a considerable distance away.

It might be a little difficult for you to find two garden snails mating. They require specific conditions in order to start the process. Snails need soil at least 2 inches deep in which to lay their eggs and the soil has to be the right temperature, humidity and composition.

Snails reproduce mostly in their second year of life and may lose a lot of weight during laying eggs. Some snails never recover and die after the snail breeding season. Snails will start mating and laying eggs in months with at least 10 hours of daylight. Eggs will begin hatching after 2 – 4 weeks, depending on the warmth. Little baby snails will climb out of their nests after several more days.

As soon as snails hatch they will need a source of calcium to build a stronger shell. The best source of calcium is snail eggs. They will eat their own eggs and others’. This is called cannibalism in snails. Baby snails take three months to look like a snail – still very small, but with all features fully visible. 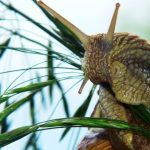 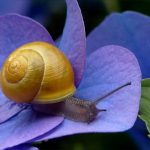 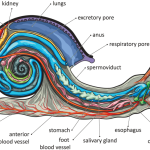 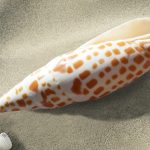